If you see a team of scientists playing with Silly Putty, they are supposed to be just bored and pass the time, because this may signal a technological breakthrough. According to reports, researchers at Burns College of Engineering at the University of California, Riverside, have used some of the ingredients of plasticine and have successfully increased the battery life of lithium-ion batteries to three times the industry standard! 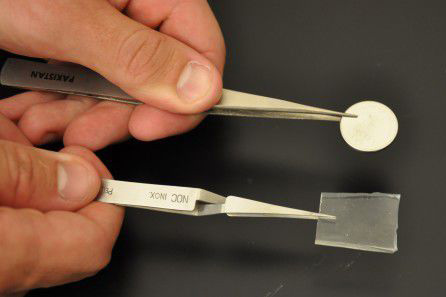 When it comes to the history of plasticine, it is actually necessary to â€œthank youâ€ for World War II. Originally, people just wanted to produce an artificial rubber to make up for the shortage of resources in wartime. Unfortunately, this study ended in "failure."

However, despite the failure of the engineering of elastomers, this is neither a liquid nor a "failure product" of solids, but it eventually became a plasticine that was greatly welcomed by children's teachers and parents.

For a long time afterwards, the commercial value of plasticine was almost fixed on the "toys" category. But later, it also accompanied the Apollo astronauts to the moon, and in the early 1950s came off a series of insulators in electronic products.

But now, whimsy engineers have found a new mission for it, which is to increase the battery life. Researchers at the University of California have used silicon dioxide (SiO2), a major ingredient in modern plasticine variants, as a new material for battery anodes.

In regards to materials, silica (quartz) is a considerable advantage because it is low-cost, resource-rich, and non-toxic, so it is applied to battery manufacturing.

Of course, the trick to this technology is "how to turn common materials into more exotic nanotube anodes." Although this is not the first time that silicon dioxide has been tried in lithium-ion batteries, previous experiments have not been impressive.

However, when it is converted into nanotubes, its energy capacity becomes three times that of carbon-based anodes! More importantly, such nanotubes can maintain their usable capacity after a hundred cycles.

During the test, the researchers found that the electrode could easily be used in over a hundred cycles, so it is currently thinking about how to further expand it to commercial level. The research results have been published in the journal Nature.

This kind of vest is used of the intellingent hydrophobic fabric which can draws sweat to the surface where it can evaporate, to keep your skin dry when the tempeature rises. This is why they are named Sports Safety Vest. This garments also have the second option, "Reflective elastic webbing", you can wear them directly over your coat. Not only does our top of the range safety vest look great, it's a practical option too.